back to search results

Just an hour or so to Sennen I boasted, as we left Plymouth that morning, but snailing queues of traffic forced a half way lunch-stop at the 18th Century port of Charlestown on the East coast. Originally constructed to export copper and china clay (from the massive quarries in nearby St Austell), by the 19th century Charlestown saw other businesses flourishing in the dock, such as shipbuilding, brick making and Pilchard curing...Today of course, as with the rest of Cornwall the main industry is tourism, but it still looks and feels like an old port. This is enhanced mostly by several tall ships moored in the dock, such as "Earl of Pembroke" "Phoenix" and "Kaskelot" (which I photographed at Dournenez '88 for Yachting World magazine). 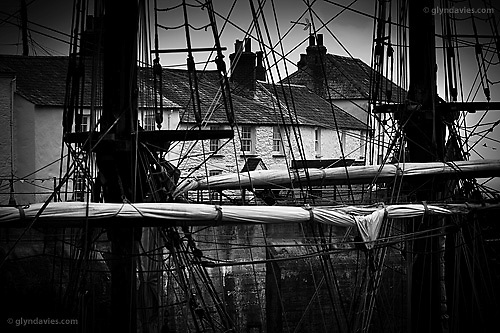